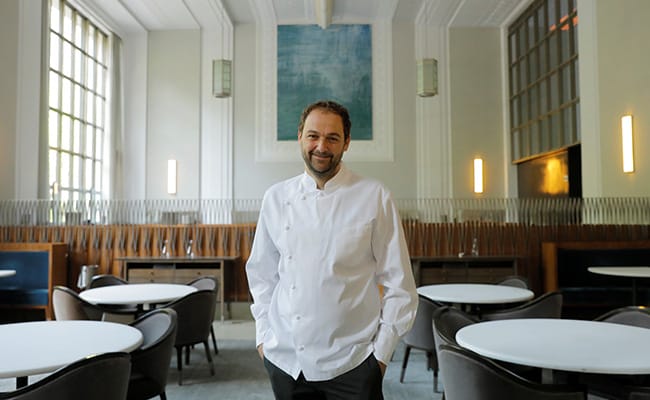 Chef Daniel Humm of Eleven Madison Park, who is used to being paid for fine dining with exclusive black credit cards, says his richest reward during the COVID-19 crisis is the grateful smiles of poor New Yorkers fed by the Michelin three-starred restaurant he has turned into a charity kitchen.

Cooks at his Manhattan eatery, which was named World’s Best Restaurant in 2017 by the World’s 50 Best Restaurants Academy, are preparing 3,000 meals a day for frontline workers and underprivileged New Yorkers, most of them distributed at a Harlem church.

“I had a person the other day who said, ‘Oh my God, this is the best meal I’ve ever had,'” said Humm, standing inside his darkened, empty restaurant, which was shuttered in mid-March by the coronavirus pandemic.

Working alongside New York City-based nonprofit Rethink Food, which transforms restaurant leftovers into dishes for the disadvantaged, Humm and his staff have churned out some of the 90,000 meals being served each week to the needy during the pandemic.

“When this crisis started happening and we had to turn off the lights for a minute, we were a little bit in shock like everyone was,” Humm said. “But then pretty quickly, we felt like we wanted to help in any way we can.”Stripped of its tablecloths and upscale clientele, the dining room looks lonely compared with the activity in the kitchen where meals are prepared for distribution at churches, soup kitchens, community centers and housing projects.Humm transformed the kitchen into a commissary using private donations, and $250,000 donated by American Express, all of which went through Rethink Food.

After COVID-19 lockdown restrictions lift and some normalcy is restored, Humm knows he will continue cooking not just for the 1% but for those facing extreme poverty as well.

“Food is magical, it’s so powerful,” he said. “I mean, there are very few things in the world that touch everyone.”